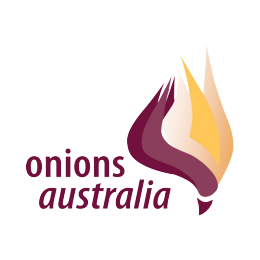 Onions Australia as it is today was originally founded in 1966 as the Australian Onion Coordinating Committee (AOCC).The AOCC was formed to bring all sectors of the then fragmented onion industry together.

It was and still is intended to serve as an umbrella organization covering all those engaged in the onion industry including growers, packers, wholesalers, exporters, retail outlets, R&D bodies and other related industries including packing manufacturers. In 1990 the AOCC went through a period of growth and consolidation. During this process the committee underwent a name change to the Australian Onion Association. In 2004 another name changed occurred, the association becoming known as Onions Australia and with it came the new logo for the industry.